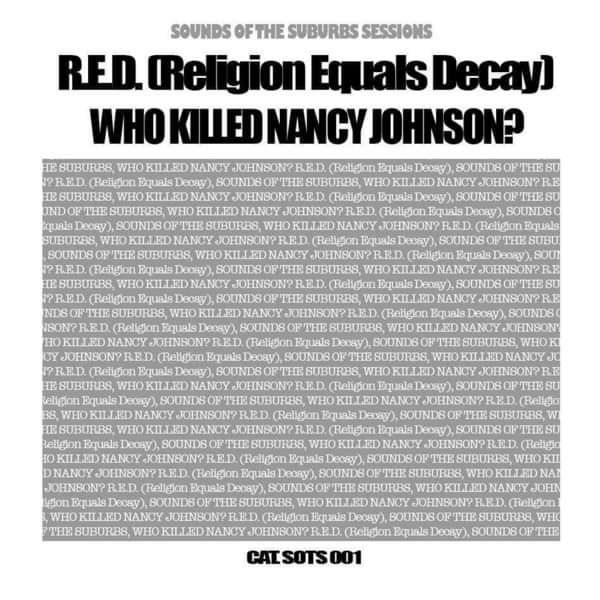 Sounds of the Suburbs Sessions 001

We only have a few of these left - all black vinyl - and are keeping them for sale at gigs. Come see us if you want one!

Available only on 12" vinyl, and limited to 300 copies - no download or streaming version available. Choose from white, red or black vinyl. Two tracks from R.E.D. (Religion Equals Decay) and two from Who Killed Nancy Johnson? All tracks were recorded specially for this edition.

WKNJ's tracks are: Body Blood in the Soil

Blood in the Soil has never been recorded before and won't be recorded again, so this is the only way to get it.

This is the first release from Sounds of the Suburbs records. All proceeds go towards recording and releasing more vinyl.