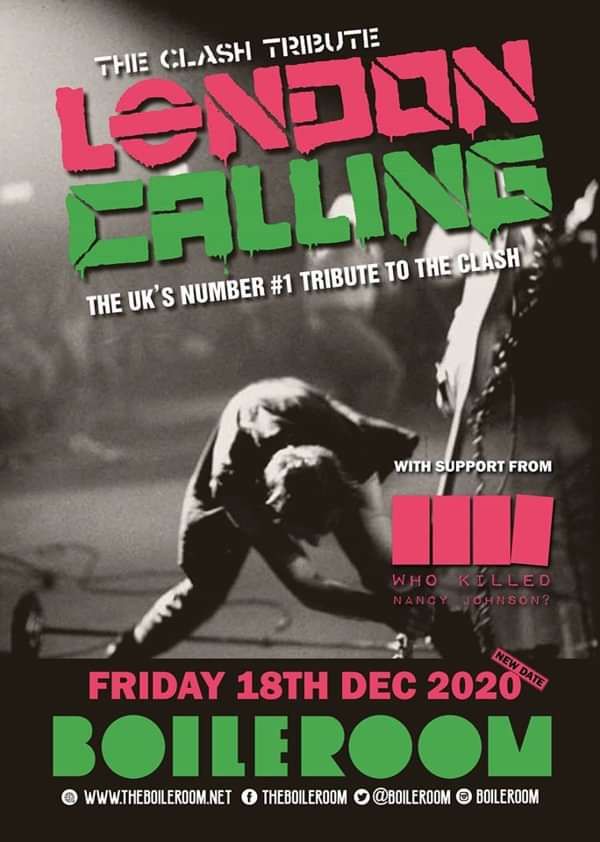 Rescheduled from March 2020, and again from December 2020

London Calling was formed in 2004 as a one-off gig for charity and to celebrate the life of Joe Strummer After playing the short (12) song set we were asked to play the whole set again, with half the audience joining us on the tiny stage. We decided to sharpen our act and play regularly from that point. We then were caught up in the infamous texting scandal, in which our then bass player was question by Special branch under suspicion of being a terrorist

After a few years off and several line-up changes, its now settled down to: Reg Shaw aka Joe Strummer, Dave Devonald aka Mick Jones, Joe Guatieri aka Paul Simonon and Shane Tremlin aka Topper Headon. We Have played in the USA and Europe and been in the Julien Temple directed Joe Strummer film biog, The Future is Unwritten. Recently we have enjoyed rave reviews and have been playing to increasingly bigger audiences across the UK.

WHO KILLED NANCY JOHNSON are a Reading-based high-energy punk/post-punk band, and an incendiary live act. Influences range from early British art punk (Wire, Magazine, Gang of Four, Killing Joke) to later US bands like Black Flag, Fugazi and the Adolescents, right up to current acts like No Problem and Idles.

London Calling - A tribute to the only band that mattered. Consisting of 4 guys from Bristol, London Calling put on a performance with energy and enthusiasm recreating the sound and intensity of The Clash. All the guys genuinely love the band and put their all into each show. London Calling over some 15 years have gigged all across the UK, Europe and the USA. After reforming in 2014 are the band have toured over consecutive years the 40th anniversary of each album released 2019 saw London Calling performed in Full to sell out crowds across the UK, Ireland, Jersey, Australia and New Zealand 2020 Sees London Calling move forward to perform select hits from Sandinista and other assorted hits from the Clash back catalogue!

Come and catch us at a show near you soon 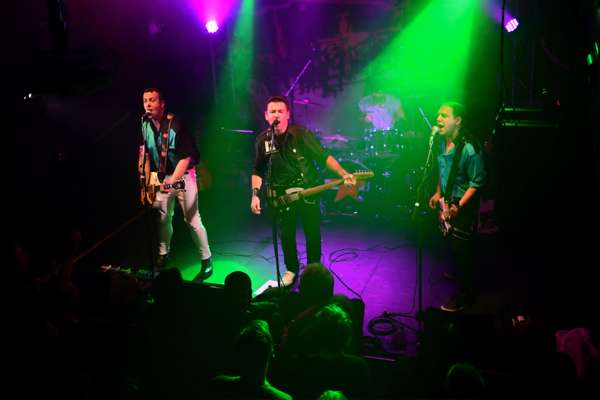 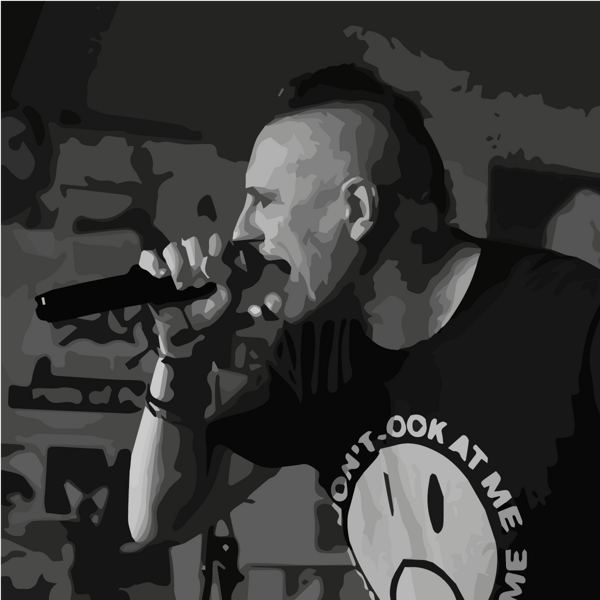